There are many package drinking water plants across the country which does not operate on the guidelines laid down by the FDA authorities thus asking the lives of the consumers. Goa being a tiny place there are not many plants, or perhaps operating from the hideouts, but being a major tourist destination in the country Goa caters around 6 million tourists every year and if the small amount of this gets exposed to the contaminated water then it would severely affect the Goa’s Tourism Industry.

It is evident that most of the tourists coming to Goa consume only mineral water and nowadays even the locals consume mineral water in the restaurant with full faith it, but such kind of incidents comes up in the light, it results into disturbing the mind. How can someone manufacture and serve water without following the basic rules of hygiene? Even the Hotels, Restaurants and shops who serve such types of water to their consumers should be held guilty in this case, do you agree with this?

The shocking incident of an illegal production of packaged drinking water which came into the light yesterday could lead to endangering people’s health. This time the most important human basic necessity was taken advantage of. We all need food, but just as much this is important, so is water. Water is life; when people practice such dangerous methods to make money, the question that arises is –‘where is the humanity after all?’

According to the reports published in the local daily, the water packaging company based on Assagao was raided by the Team of Food Safety Officers to which it was found out that the Unit was manufacturing packaged drinking water without the license under Food Safety and Standards Act. 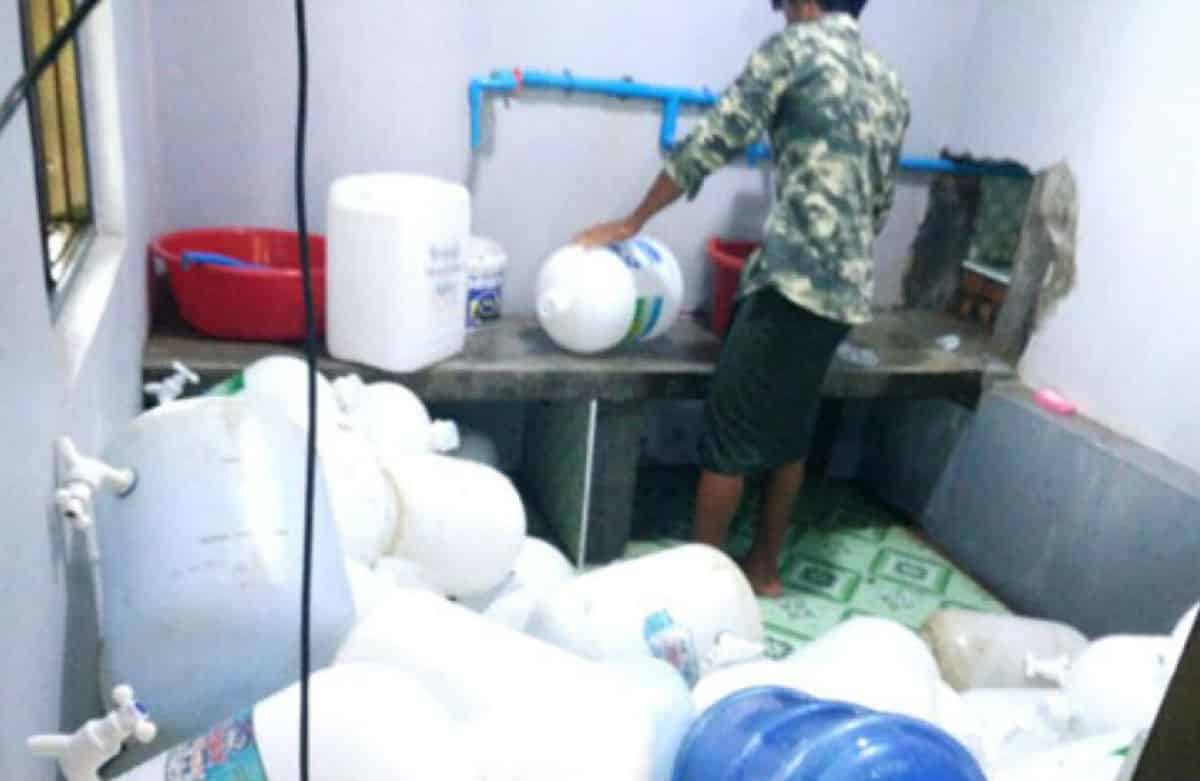 The Team discovered that the manufacturing process used by the unit the production of packaged drinking water was not hygienic. As per reports, the structure of the premises was made up of grills and cement sheets at the backside of a residential home that used the well water to fill up 20ltr jars.

The place was operated by Shri Suraj Xetgaokar and Amtech Sawant, revealed the sources. The process was carried out manually as well as in insubordinate conditions.  The place has been shut down by the department for disobeying the act and illegal practices.

Thousands of people unknown to this fact might have consumed that filthy water. According to sources, the bottles were sold at many restaurants, hotels, shacks, offices, shops, caterers and even at public events. The associations of food business have been strictly warned against such felony. It is compulsory to run a business after several tests and is a must to obtain a license from the director of Food and Drug Administration. The Department has instructed people to buy products only from licensed dealers and packs that carry the FSSAI License number.  Currently, after on looking at this issue, teams have been sent to various places by the Director of FDA- Smt Jyoti Sardesai to detect such activities taking place elsewhere.

People have become greedy in the commercial space, and they live and die only for money. Of course, it is necessary to have money for a livelihood, but with unethical practices that involve the misuse and health concerns of other people is totally heedless. Even the selling of bottles at higher prices in café’s and restaurants is actually illegal but it’s gloriously followed over the ages. It is so obvious that this matter won’t be a warning for the rest practicing such activities.

This is one such case which came into the light due to the efforts of the FDA authorities but there may be several many places which are not known by us or even FDA for that matter, carrying such malpractices to make fast money, it is very important to track down such people and punish them. If you know any such things going around in your vicinity please do share the same with us here in the comment box below…

This site uses Akismet to reduce spam. Learn how your comment data is processed.