Mental illness is something people neither wants to share with anyone openly nor the proper care taken of a person suffering from it that most of the times end up committing suicide. Mental illnesses commonly include nervousness and depression, as mostly seen amongst college students. Such disorders are kept behind cloaks, addressed only informally in our society. People don’t actually want to discuss it openly and that’s where the problem starts.

[su_expand more_text=”READ MORE” less_text=” ” height=”0″ hide_less=”yes” link_style=”button” link_align=”center”] Today we have this story to tell of an 18-year-old girl, from Ujjain who cleared the JEE entrance in her second attempt. The credit goes to the psychologists and career counsellors from far away Namma, Bengaluru in HSR layout who helped this girl to come out of depression.  She wasn’t the only one who was proud of this moment; there is this team behind her who stood up when she was sick. Yes, we have to say that she was sick and was not a mental patient. If she was handled in that way she would not have accomplished what she has today.

This teenager moved to Yourdost, an online emotional support platform when she was in the depression and eventually failed to clear the test in her first attempt. This counselling worked out well, increasing her confidence. From here, another story comes to the attention of Richa, the mastermind behind Yourdost.  The name suggests that the site is your friend. Let’s read more about it

Richa Singh, IIT Guwahati graduate, along with her former colleague Puneet Manuja, a graduate of IIT Calicut came up with . Although the pair was happy with their job at multinational companies, they felt the necessity start a forum that can help youngsters deal with their emotional problems. The duo wanted it to be completely a technology based platform.

And out of their collective efforts  was born, the brainchild of Richa Singh and Puneet Manuja. It started operating in December 2014 which now gets over 12,000 hits a month; slowly it has become a platform which will serve people, sharing their ideas.

Richa while giving an idea of how they came up with Yourdost said, “Not everyone goes to a psychologist when they feel low. There is a certain stigma attached to it. Hence, the online platform. We have a trained set of psychologists who deal with everything from relationship matters and peer pressure to anxiety, stress and parental issues.”

When Richa was asked about what attracted her to start the venture with her former savings and quitting her job she said, “When I was studying in IIT Guwahati in 2008, a friend of mine committed suicide. It shook me. There was a psychologist on campus but not many approached the expert. I realized people were hesitant to talk about their problems. That’s when I started collecting contact details of psychologists across India and even met many. I had come to Bengaluru too. After talking to them, I understood what the hitch was -recognizing the problem itself.” That’s how Richa first examined the problem and decided that she should do something about it.

Things most of the times don’t get solved unless you work on it in a right direction, which sometimes people don’t find and unknowingly leads to depression. Problems are obviously not permanent, just like each problem has its own solution. Puneet added, “It’s all about emotional wellness, how to make oneself more productive and happy in a relationship. The task is how to reduce the high-stress levels among young adults.” 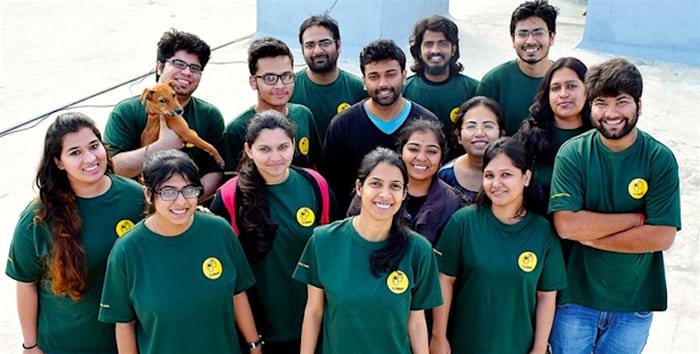 The counsellors as the name of the forum suggests are called as special friends and are available online 24 X7. This psychologist everyday come across many cases. Psychologist Shaifali Verma once dealt with the case of a man intending to do suicide but through sharing it the case was dealt in the right way.

According to Richa, if a person can’t easily converse with friends, then there is a problem to be solved very carefully without treating it as an odd one. Richa gave an example saying “If you have a stomach ache, don’t you go to the doctor? Then why not, when you can’t do something as simple as talking to people.” She blames social stigma for this.

YOURDOST is always updated with Success stories so the one who finds it similar to the one they are facing, they can always seek help.

We can say Richa Singh by starting www.yourdost.com, has given a new hope serving it as an emotional support system for people to discuss problems with qualified and experienced individuals, with complete privacy.

It is seen that those who have approached this website for help are those who are stressed due to bad performance in competitive exams like CAT, IAS, etc., relationship issues, nervousness during exam preparation, and the feeling of rejection due to working in a field they don’t enjoy, as reported by The Huffington Post.

As reported by economic Times, Stress is, of course, a part and parcel of college life and which we can’t run away from, but for some students at the Indian Institutes of Technology (IITs), it can get devastating.  It can be of academic loads, struggling to keep up the grades and the burden of expectations from family.

IIT came across estimated 14 student suicides, the highest ever across these elite colleges in 2014. The failure to cope up often puts the student into depression and haunts them. The expectations created by the world pressurizes a student to either go into depression or the ultimate option of suicide.

When all these difficult topics pop up Richa’s Yourdost contributes a lot. Richa says in Business standard report that, “We all face problems, stress and anxiety at some point in our life but mostly we are not willing to talk about these, fearing social implications, being judged and for the fear of being judged. We are confident that technology combined with empathy and right kind of experts will go a long way in helping people going through  various emotional and mental challenges and equipping them to better deal with it” and she says That’s why Anonymity helps.

According to Inc 42, Yourdost is close to 70,000 users which are growing 40% on monthly basis. It is available as a free service both through its web portal and mobile app.

Even today, if a person says I have an appointment with a Psychologist, it is always taken as something unusual and the person will be treated differently as if he or she is associated with some paranormal activity. The way of reacting towards this person suddenly changes. Of course, Yourdost is doing countless jobs and it’s actually a great thing to know that with the help of technology in spite of making money people like Richa and Puneet have used their knowledge for some good cause.  [/su_expand]